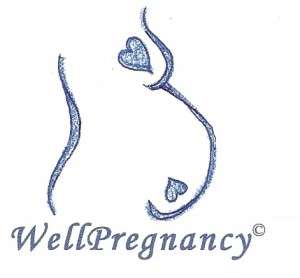 First the good news, most babies turn head down by 6 weeks before their due dates. The bad news, about 4% remain in a breech, or butt first, presentation. In the US almost all breech babies are delivered by cesarean, making breech the third leading cause of cesareans. Fortunately, studies show chiropractic, acupuncture, and hypnotherapy can safely turn many of these babies. These alternative treatments can be tried at 28 to 34 weeks gestation, before a medical version is an option, and without the risks of version.

Dr. Carl V. Smith, Professor and Chairman at the Department of Obstetrics and Gynecology at the University of Nebraska Medical Center, believes “as with most things involving complementary and alternative medicine there is a lack of data about the effectiveness and safety” of these techniques. But, he adds, “in my opinion there is little harm in hypnotherapy and acupuncture” and “it is unlikely that such chiropractic manipulation would be harmful. The degree of abdominal pressure is the variable that is difficult to control and could potentially cause injury if done too vigorously. A randomized trial comparing manipulation versus no manipulation in a population of similar patients is the only way to truly answer the question of effectiveness and safety.”

An International Chiropractic Pediatric Association study showed the Webster Technique was successful in resolving breech presentations 92% of the time. The ICPA defines the it as “a specific chiropractic analysis and adjustment which reduces interference to the nervous system, improves the function of the pelvic muscles and ligaments, which in turn removes constraint of the woman’s uterus, and allows the baby to get into the best possible position for birth.” Dr. Jeanne Ohm, Executive Coordinator of the ICPA, explains “this specific sacral analysis and adjustment is an asset to the pregnant woman throughout pregnancy as a means of preventing or limiting the potential of intrauterine constraint.” It can  prevent not only breech and transverse (sideways) presentations, but posterior (backwards) and acynclitic (croocked) ones as well.

Andrea Smith of Redford Township, Michigan recalls, “twenty minutes after the third Webster’s adjustment, while driving in my car, I felt the baby flip. I knew it was in the correct position because I felt the first kick in the ribs.” She went on to birth her healthy 7 pound baby girl at home with her midwife, husband, and sister present.

Dr. Martin Rosen, a chiropractor in Wellesley, Massachusetts has only had one case where the baby did not turn in twenty years of practice. He states “it‘s a non-invasive procedure and when applied correctly has no negative side effects.” It involves an evaluation, gentle contact on a ligament near the tailbone, then gentle thumb contact on the abdomen. It takes five minutes and usually needs to be applied one to three times. Rosen adds, “When dealing with breech pregnancies it is important that all options be considered before more drastic measures are necessary. The Webster Technique is a non-invasive, safe, and reliable alternative.”

Another study showed the Zhiyin technique, which involves applying heat on an acupuncture point on the little toe, was successful 75% of the time, compared to a 50% turning rate in the untreated group. The best time for this procedure is between 30 and 34 weeks gestation, although it can work as late as 36 weeks. “Outside of the risk of a irritation to the local tissue if incorrectly applied, there are really no significant complications to this approach,” says John Frostad, a licensed acupuncturist in Milton, Washington.

Sue Fendrick of Newton, Massachusetts was 35 weeks pregnant with twins when she tried moxa and acupuncture needles. Her babies “were everywhere but vertex,” she remembers. They were “transverse and breech, breech and transverse, and then, after the acupuncture and moxibustion, they were lined up like two little hot dogs, heads straight down, lying next to each other, like they are right now in their bassinet. . . Not only was it successful beyond my expectations since both babies turned and there was no question that I’d be able to have a vaginal birth when I was admitted, but the acupuncture was very relaxing.” She saw her acupuncturist about five times over a two week period and also had her husband burn the moxa on the point on her toe between appointments. She had a vaginal birth with midwives which she describes as “very long and hard but incredibly meaningful.”

HYPNOTHERAPY CAN TURN YOUR BABY

Hypnotherapy is “extremely effective” says Yvonne Schwab, a Certified Hypnotherapist in San Jose, California. None of the babies she’s turned have reverted. She feels that’s because “I ask them for their help—I don’t tell them to turn or manipulate them physically at all.” A study at the University of Vermont College of Medicine compared one hundred women with a matched comparison group and found that hypnotherapy was successful 81% of the time compared with 48% in the untreated group.

Shawn Gallagher, a Clinical Hypnotherapist and Registered Midwife in Toronto, Ontario explains, “If there is a reason for the baby to remain breech, then the woman’s subconscious will over-ride the suggestions and have the baby remain breech. Many parents elect to start with hypnosis as their first line of intervention because it is so safe.” The optimal time is between 34 and 37 weeks gestation.

Susan Lynch of Plano, Texas turned her second child using hypnotherapy when she was 36 weeks pregnant. Her Hypnobirthing® teacher “helped me get in to a deeply relaxed state. The practitioner first spoke directly to the baby. She asked him to turn to the head down position if it were safe and appropriate for him to do so. . . While I was still deeply relaxed, she had me visualize him in the perfect position for an easy and comfortable birthing. Once I came out of relaxation, the practitioner . . . reminded me to visualize my baby in the most appropriate position for birthing. She suggested I speak to my baby several times a day and ask him to get in to the best and most appropriate position for birth.”

Lynch would “absolutely recommend this technique. . . It is completely gentle to both mom and baby, carries no risk and is incredibly effective.” Hypnotherapy enabled her to “really feel connected to the baby inside me. I was able to communicate with him and I do believe that he heard what I was asking him to do. . . (using hypnosis) not only encouraged me (to believe) that I was in control of my body and the pregnancy/birth, but also helped me to realize the immense power of my mind.” Her son turned head down by the following morning and was born seventeen days later after only six hours of labor.

WHAT HAVE YOU GOT TO LOOSE?

A mom-to-be carrying a breech baby might want to consider one or more of these techniques to turn her baby. They are safe, effective, and could dramatically reduce her risk of having a cesarean.

To Find A Local Practitioner

hypnotherapist: www.hypnobirthing.com You can meet with a hypnotherapist or work with one long distance over the phone.

The art of mothering is to teach the art of living to children. - Elaine Heffner